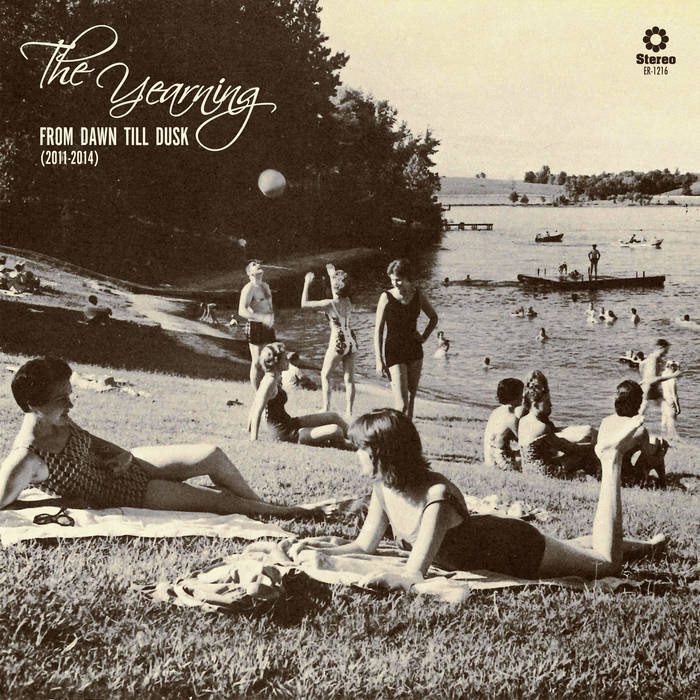 To say that Joe Moore is prolific is to say not nearly enough. To his ever-growing collection of releases under the name THE YEARNING, you have to add the fantastic Lia Pamina album he produced and composed, as well as several new and very different projects that will come out this 2017, like THE PERFECT KISS’s first album, full of tasty electro-pop songs, to be released this March.

His productions are becoming more and more well-known all over the world, from one side of the planet to the other, from the US to Japan. Their signature effusive, romantic, and elegant sixties-style pop is already a well-known trademark! That’s why the release of “From Dawn Till Dusk (2011-2014)” is big news. Big for all the newcomers, because they can get their hands on the completely sold out first singles, EPs and Mini-LPs; and big for the more experienced fans, because they can get access to hard-to-find tracks from compilations and B-sides, and even some previously unreleased songs; and because it’s a way to enjoy this huge collections of songs as a whole, available together for the first time on CD Digipak.

“From Dawn Till Dusk (2011-2014)” includes songs from their first two Mini-LPs, “Jukebox Romance” and “Still In Love”, the B-sides from the singles “Baby Be Mine” and “If I Can't Have You”, the song they shared with THE SCHOOL on the split-single for Kingfisher Bluez, the song that was released on the Elefant compilation "A Christmas Gift For You From Elefant Records" and three previously unreleased songs (“Dawn”, “Love Is Like A Rollercoaster” and “Dusk”). The result is truly amazing. It’s a sixties-pop treaty with more than twenty songs, and Maddie Dobie’s and Justyna Halas’ delicious voices, full of exceptional arrangements and exquisite choruses, with songs about love and disillusionment, about loneliness and the need to have someone by your side. Like we said, trademark work. Marvelous songs like “If You Were My Boyfriend”, “Baby Be Mine”, “Don't Call Me Baby”, “See You Again” and “Eyes Of A Movie Star” draw a straight line to Phil Spector, and groups like THE RONETTES, THE SHIRELLES and MARTHA AND THE VANDELLAS, among many others.

Moore’s latest songs, without losing that breath of the sixties, delve further into the territory of the chanson and the singer-songwriter (Lee Hazlewood). That makes this CD work like a marvelous compendium of an era where the sixties’ girl-group cult was the premise that THE YEARNING’s songwriting and production were based on. 21 original songs and a version of THE NOLAN’s “Gotta Pull Myself Together” - a perfect summary of the group’s first phase. We’ve got Joe Moore around for while. Let’s enjoy it.